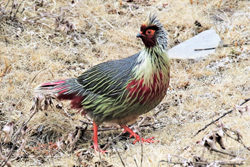 Strong religious beliefs (Buddhist) have protected Bhutan’s historical culture, its Nature and environment. Bhutan is considered as a bird-watchers' paradise, because of the large number and diversity of species. The Eastern Himalayas of which Bhutan is a part, has been designated as one of the world's top 10 biodiversity "hotspots". Wet summers and altitudinal gradation from sub-tropical lowlands to arctic-like mountain peaks provide an array of climatic conditions and a layering of distinct biotic communities from jungles through temperate forests to tundra. Over 70% of the country is forested, and unlike other Himalayan countries, most of Bhutan's original forest remains intact. Each community has a unique assemblage of wildlife -- with Golden Langurs and Elephants in the lowlands, tigers, Leopards and Red Pandas in the mid-lands, and Snow Leopards and Takins on alpine meadows. The diversity of Bhutan’s birdlife (over 600 species) is accentuated by the migrations of hundreds of species between their breeding grounds and wintering grounds of the subcontinent of India. Amongst Bhutan’s amazing avifauna, are many exotic and rare species, several of which that are more easily seen here than anywhere else on earth. Black-necked Cranes, White-bellied Heron, Blood Pheasant, Satyr Tragopan, Ward’s Trogon, Bar-winged Wren-Babbler, Beautiful Nuthatch, Blue-fronted Robin and Firetail Myzornis are amongst the dazzling treasure chest of avian jewels. (No Camping on this Tour) 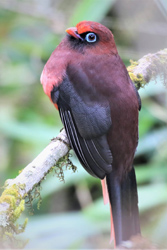 Days 1-3: On Day 1 fly from UK to Delhi. After arrival, we’ll transfer to a Delhi Airport hotel for an overnight stay. On Day 2 we’ll catch a morning flight to Guwahati. We will be met at the airport by our ground agents and then transferred by road to Samdrup Jongkhar. After passing through the Bhutan Gate we’ll check-in to our hotel. Time permitting we’ll bird the local area looking for Asian Pied Starling, Common Iora, Blyth’s Kingfisher, Black-hooded Oriole, Black-backed Forktail and numerous other species. On Day 3 we will spend time exploring the tropical forest between Samdrup Jongkhar and Deothang. A host of species present, includes Ruby-cheeked Sunbird; Little Spiderhunter; Pied Harrier; Hooded Pitta; Golden-fronted Leafbird; Asian Paradise Flycatcher; Blue-eared, Coppersmith and Lineated Barbets, Great Hornbill; Slaty Blue Flycatcher and Black-naped Monarch.
Overnights – Samdrup Jongkhar. 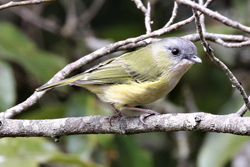 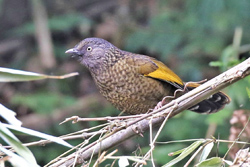