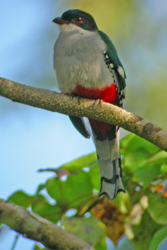 The largest of the Caribbean islands, Cuba, lies just 90 miles off the coast of Florida and, not surprisingly, is home to many birds familiar to those who have toured the USA. However, its splendid mix of forests, wetlands, scrub and beaches also hold a unique avifauna in the form of 28 endemic species and these are undoubtedly one of the main attractions for the visiting birdwatcher. Our tour is designed to find as many as possible of these endemics, which include such delights as Blue-headed Quail-Dove, Cuban Tody, Cuban Trogon, Yellow-headed Warbler, Cuban Gnatcatcher and the tiny Bee Hummingbird - the smallest bird in the world. However, there is much more besides - Key West Quail-Dove, Cuban Parrot, Stygian Owl, Antillean Palm-Swift, West Indian Woodpecker and La Sagra’s Flycatcher are just a few of the regional specialties on offer. Cuba also has distinctive forms of a number of mainland species. Your knowledge of Cuba may extend no further than Fidel Castro, Che Guevara, the missile crisis and cigars! If so, why not give yourself a treat and let us show you how much more there is. 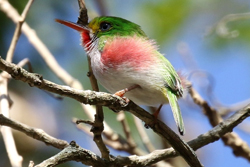 Days 1 & 2: Direct flight from UK to Havana. We’ll then have a two hour drive westwards to our hotel. On Day 2 we’ll visit La Güira National Park, an area of mixed forest to the west of Havana which is home to several endemic species including Yellow-headed Warbler, Cuban Solitaire, Cuban Tody and Cuban Trogon. Amongst many other species present are Cuban Bullfinch and Cuban Emerald.
Overnights - San Diego de Los Banos. 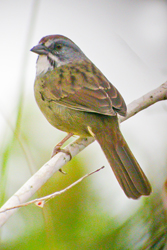 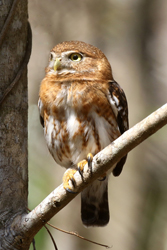 Days 8-11: Probably the best birdwatching in Cuba is on the Zapata peninsula and we will spend four nights here. Located on the shores of the Bay of Pigs, the area contains a wide variety of habitats including dry forest, freshwater swamp and mangroves. We will be hoping to see more of the endemics including Fernandina’s Flicker, Bare-legged & Cuban Screech-Owls, Zapata Wren, Gundlach’s Hawk, Blue-headed Quail-Dove, Cuban Blackbird, Red-shouldered Blackbird and Bee Hummingbird.
Overnights - Playa Larga, Zapata Peninsula.

Days 12-13: On Day 12 we’ll travel to Havana for sightseeing and lunch. Later in the afternoon we’ll drive to the airport for our return flight to the UK, where we arrive on the morning of Day 13.

Excludes: Travel insurance, drinks and items of a personal nature.
The Americas
Previous