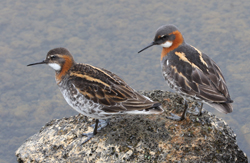 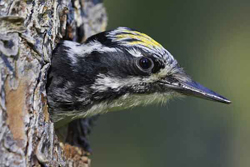 This tour combines Arctic Norway's dramatic scenery of fjords, coastal tundra and uplands with the vast taiga forests, lakes and marshes of Finland. These breathtaking landscapes are largely uninhabited - except by the thousands of birds which make these northern territories their summer home. Huge colonies of seabirds line the rugged cliffs, whilst in the forests the silence is broken only by the song of Bluethroats, Redwings, Wood & Broad-billed Sandpipers, and the eerie drumming of Jack Snipe. Timed to coincide with the height of the breeding season, this holiday will offer you the chance of seeing around 170 bird species - an exciting possibility, especially for a Northern European destination. Our specially-designed programme encompasses the famous Varanger Peninsula in Norway, plus three areas in southern, central and north-eastern Finland which host a particularly impressive variety of birdlife.
We commence our tour in the Bay of Liminka at Oulu, on the edge of the Gulf of Bothnia. Here, less than 150 km from the Arctic Circle, the internationally-famous wetland reserve of Liminganlahti lies on the migratory flyway of thousands of waders, cranes and wildfowl, including Velvet Scoter and Smew. In the forests around Oulu, we shall look forward to going out on an ‘owl prowl’ in the company of our experienced Finnature guides, who will be aiming to bring us close to Tengmalm's, Pygmy, Ural & Great Grey Owls. Near the Russian border at Kuusamo, amidst taiga forest, lakes and bogs, we shall keep a sharp watch for Hazel Grouse, Three-toed Woodpecker, Hawk Owl, Siberian Tit and Siberian Jay; the bogs and fjells may hold Bean Geese and Little Bunting, and there's also the chance of seeing Red-flanked Bluetail! Norway's Varanger Fjord and Peninsula then offer a complete contrast - an Arctic environment of low fjells, tundra, coastal marshes, bogs and craggy sea cliffs. In summer, this ‘land of the midnight sun’ is home to a stunning variety of birdlife: White-tailed Eagles, Gyr Falcons and thousands of seabirds including Brünnich's Guillemot haunt the coastal cliffs, and on the sea are vast flocks of Common Eider, with smaller numbers of Steller's & King Eiders. Arctic pools attract Red-necked Phalarope and Red-throated Diver, with Ruffs never far away. The tundra and fjells near Batsfjord conceal a great variety of species, including Snowy Owl, Dotterel, Ptarmigan, Long-tailed Skua, Horned Lark, Snow Bunting and Lapland Bunting. The whole area is simply vibrating with birdlife! 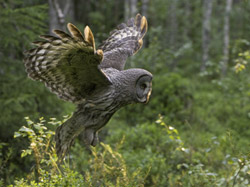 Day 1: We fly from UK to Helsinki and then connect with a flight to Oulu on the Gulf of Bothnia. There should be time for pre & post dinner birding, when we should see one or two owl species.
Overnight - Oulu.

Day 2: These 2 days will be spent birdwatching in environs of Oulu. Here is the fabulous and internationally important wetland of Liminganlahti, which is teeming with birds - Cranes, Whooper Swans, Wood Sandpipers, Ruff, Little Gulls and Marsh Harriers. In nearby forests we hope to find Pygmy, Tengmalm's, Ural & Great Grey Owls, Three-toed Woodpecker and Ortolan Bunting. Overnight - Oulu. 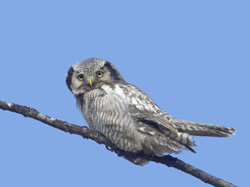 Day 5: After breakfast we travel west to Ivalo, celebrating our crossing of the Arctic Circle in traditional fashion with a drop of warming liqueur, and watching for Broad-billed Sandpiper and Jack Snipe.
Overnight - Ivalo. 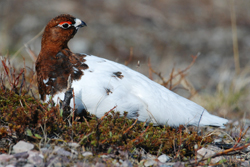 Day 6 & 7: We travel northwards through Arctic Lapland, and, following the Tana River, we arrive at Tana Bru, gateway to the Varanger Peninsula. From here we drive north-west to Batsfjord for 2 nights, stopping to look for Gyr Falcons on nearby steep cliffs.
Further on, we visit the inlet at Hoyholmen where we should see many shorebirds and flocks of eiders.
Passing through an area of majestic upland tundra, typical birds of this habitat are Black-throated & Red-throated Divers, Scaup, Long-tailed Skua, Willow Ptarmigan, Horned Lark and Snow Bunting. On the return journey through this superb tundra wonderland, we will look for divers, Long-tailed Duck, Dotterel, Golden Plover, Ruff, Snowy Owl, Red-throated Pipit, Bluethroat, Arctic Redpoll and Lapland Bunting.
Overnight - Batsfjord 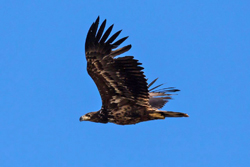 Days 8 - 10: On Day 7 we’ll drive to the southern part of the peninsula staying at Vardo for 3 Nights. En route we'll stop to view cliffs for Gyr Falcon and Rough-legged Buzzard. Tana Bru may well reveal Black-throated Diver and Bar-tailed Godwits, and Nesseby Bay supports a very localised small population of Shelduck, Velvet Scoter and sometimes a few Steller's Eiders amongst the Common Eiders.
From Vardo we'll visit Hornoya and its massive seabird colonies. There are thousands of Kittiwakes, Puffins, Razorbills and Shags and good numbers of Brünnich's & Black Guillemots. Our travels will also take us eastwards towards Hamningberg where we'll search the coastal bays for White-billed Diver and King Eider, and the cliffs for White-tailed Eagle. Goosanders and Common Eiders will be an ever-present feature on the sea, supported by Common & Velvet Scoter and Long-tailed Ducks.
We may also visit Vadso Island, where the lovely little nature reserve pool usually has many Red-necked Phalaropes and often Wigeon, Pintail and other ducks. Temminck's Stints are normally present in good numbers, along with Ruff and an Arctic Tern colony.
Overnights - Vardo.

Day 11: We return to Ivalo with birdwatching en-route. It is likely that we will drive southwards via a different route, seeking species that have perhaps eluded us, ie Jack Snipe and Siberian Jay and there is a specific site where Arctic Warblers are sometimes recorded. Some of the wetlands support breeding Smew and Goldeneye.
Overnight - Ivalo.

Day 12: We travel south to Rovaniemi to catch our return flights to UK. There may be opportunities to do a little birding en route.